A summary on LGBTI human rights issues in Venezuela-UPR 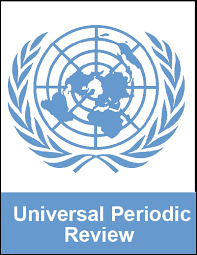 The LGBTI Network of Venezuela and Unión Afirmativa de Venezuela submitted a joint report and an individual report  respectively to the OHCHR for the Universal Periodic Review 2nd Cycle on Venezuela.

In 2011, during the First UPR of Venezuela, the State admitted not having done anything on SOGIESC issues. Regardless of it, Venezuela received only one recommendation from Canada "continue to consolidate the rights of women and people belonging to vulnerable groups, including
indigenous peoples and persons of diverse sexual orientation and gender identity, both within its legal framework and in practice". This recommendation has not been implemented. On this second cycle the situation of LGBTI persons in Venezuela remains the same or even worse than it was five years ago.

New developments since the first review

In 2014, the Committee on the Convention on the Elimination of all Forms of Discrimination against Women (CEDAW) recommended that the State take steps to protect women from discrimination on grounds of sexual orientation and gender identity laws.

In 2014, during the 3rd periodic review of Venezuela before the Committee on the Rights of the Child, it noted that the specific laws against discrimination had not resulted in greater protection of children and adolescents on sexual orientation and gender identity, along with the lack of information on measures taken. The Committee recommended to conduct an evaluation of laws, policies and programs implemented to protect children and adolescents LGBTI with indicators to measure their achievement; prevent all forms of discrimination against children and adolescents on sexual orientation and gender identity; ensure in law and in practice, the prohibition of such discrimination and duly punished; and establish an effective complaint mechanism to monitor and resolve cases of discrimination in schools and juvenile detention, alternative care institutions and other environments.

In March 2015, the Inter-American Commission on Human Rights urged the Venezuelan government to adopt a law on gender identity non-pathologizing; to investigate crimes against LGBT persons with due diligence and deepen state measures, including public policies in favor of LGBT people and their defenders.

In June 2015, the Committee for Economic, Social and Cultural Rights, after the evaluation to Venezuela on the Third Report of the State on the implementation of the International Covenant on Economic, Social and Cultural Rights, recommended the Venezuelan State to “accelerate the elaboration and adoption of a legislation that guarantees enough protection against discrimination in compliance with article 2 of the Covenant; and that includes all types of discrimination, including any social condition, such as sexual orientation and gender identity”.

In July 2015, the Human Rights Committee, after the evaluation to Venezuela on the Fourth Report of the State on the implementation of the International Covenant on Civil and Political Rights, expressed its concern about “the information on discrimination and the acts of violence, including murders, suffered by LGBTI persons due to their sexual orientation and gender identity (articles. 2,6,7 and 26).”  The Committee recommended the State “to double its efforts to fight stereotypes and prejudice against LGBTI persons and guarantee the prevention of acts of discrimination; to process and sanction appropriately and effectively those responsible of such acts.” Additionally, the Committee advised the State “to adopt a legislation that contains a comprehensive list of types of discrimination, including sexual orientation and gender identity.”

This summary offers information on the following aspects:
1) Right to equality and Non-discrimination;
2) Right to legal protection of same sex couples;
3) Right to recognition of legal gender identity of trans and intersex people;
4) Torture and other cruel, inhuman or degrading treatment of LGBTI persons.

The Constitution of the Bolivarian Republic of Venezuela recognizes the principle of non-discrimination of human rights . The Constitution establishes that the State has the duty to take affirmative actions to develop legal and administrative conditions to ensure real and effective equality before the law , and the progressive nature of human rights, which can extend their guarantees under treaties, covenants and conventions on human rights signed and ratified by Venezuela, as it is favorable to the universal exercise . However, Venezuela has failed to materialize a legislative initiative to protect LGBTI people from discrimination and inequality. Few legal instruments, in some specific areas, mention discrimination on the grounds of sexual orientation, gender identity and gender expression. These laws lack mechanisms to implement real and effective strategies to prevent discrimination and inequality.

Situation of LGBTI persons in Venezuela

There is not a broad and comprehensive anti-discrimination law to protect LGBTI persons. Likewise, Venezuela has no public policies, plans, programs and services designed to meet the needs and demands of LGBTI persons. During the last five years or more, public authorities and officials have started using the real or perceived homosexuality as an insult or an offense to politicians of the opposition; which might incite hatred, stigmatization and even violence against LGBTI persons. Acts of discrimination and unequal treatment against civil, political, economic, social and cultural rights of LGBTI people are constant and widespread.

High members of the Hierarchy of the Catholic Church and other Christian religions, as well as important members of the society have consistently opposed the demands of activists and LGBTI organizations through campaigns and influence on public decisions, for reasons based on moral and religious doctrines that denigrate their status as human beings and subjects of full rights. Consequently, LGBTI persons are often denied job opportunities or are segregated in their jobs. In health services, LGBTI persons are subject of cruel treatment when they require health care; they are prevented from donating blood because they are considered "risk" and "promiscuous" people.

Preliminary statistics from the Census of Population of Venezuela in 2011, mentioned that there at least 6,000 same sex families that lack legal protection due to the impossibility of legal recognition by the marriage or civil union between same sex persons. Between 2011 and 2016, Union Affirmativa de Venezuela along with other organizations, presented to the National Assembly several proposals to amend laws that, so far, have not been considered.
Trans and intersex people have not been able to change their legal gender identity and documents, and this is essential in order for many trans and intersex persons to be able to live a life of dignity and respect. Although the Organic Law of Civil Registry was modified to allow change of name to trans and intersex persons.

In 2016, A Venezuelan NGO, ACCSI  published "Venezuela 2015-2016 report on hate crimes based on sexual orientation, gender identity and gender expression" the report informs of 175 hate crimes occurred on the basis of Sexual Orientation, Gender Identity and Expression  between January 2009 and May 2016, broken down into 75 murders (beheadings, bullet wounds, burns, push off from buildings, coils, choking, beating with blunt objects) and 100 aggressions of all kinds (torture, cruel, inhuman and degrading treatments, arbitrary arrests, verbal, physical and psychological abuse, threats, police onslaught, abuse of power, etc.).  Most of those people killed were aged between 17 to 30 years old, 71.7% were trans. 39.1% were sex workers and 76% of the bodies were found in avenues, streets and highways, garbage dumps or less traveled sites. The Public Ministry does not guarantee judicial proceedings on rights and constitutional guarantees.

In 2010, the previous National Ombudsperson, Gabriela del Mar Ramirez, announced the creation of a special Ombudsperson for LGBTI. In 2012, it was announced for the second time. Finally in 2013, an office was opened and a person was appointed as a Special Ombusdman. However, that person was in charge of administrative tasks not related to the defense of LGBTI persons. Today, we do not really know if that person and office exist. The current Ombudsman, Tarek William Saab has taken few actions on sexual orientation and gender identity issues without accomplishments or significant impact. His most recent report gives several recommendations on LGBTI issues to other branches of power in Venezuela but none to his own office.

1. Enact a broad and comprehensive anti-discrimination law and a body specifically for monitoring discrimination actions based on Sexual Orientation or Gender Identity, and take appropriate measures to end impunity for the perpetrators of such violations.
2. Adapt article 146 of the Organic Law of Civil Registry to ensure gender recognition for trans and intersex persons without medical requirements, such as psychiatric therapy or sex reassignment.
3. Modify article 44 of the Civil Code, eliminate mention of “between man and woman” and include between two persons” allow marriage between same sex couples in Venezuela abroad.
4. Adapt the Organic Law of Civil Registry to legally recognize same sex marriages of Venezuelans who have married abroad
5. Reform article 565 of the Organic Code of Military Justice that criminalizes homosexuality in the Armed Forces.
6. To include hate crimes based on Sexual Orientation Gender Identity and Expression and Sex Characteristics as an aggravating circumstance in the Criminal Code.
7. To set in operation the Special Ombudsman with National Jurisdiction in the area of Human Rights of LGBTI persons.
8. Public authorities and officials must strictly avoid using SOGI as an insult or offense in speeches or messages, or engaging in practices that may incite hatred, stigmatization or violence against LGBTI people. State needs to sanction officials that use hate speech based on Sexual Orientation Gender Identity or Sex Characteristics.
9. To implement public policies, communicational and educational programs with secular, scientific and gender perspectives aimed at promoting equality and non-discrimination against LGBTI persons. 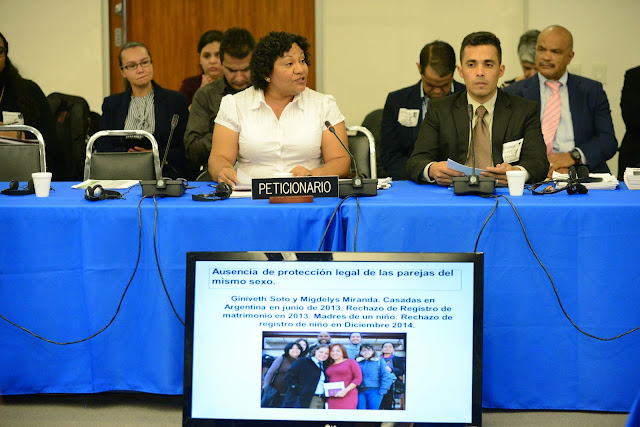